This paper aims at individuating the reasons why the contract could be considered today the prominent legal source, and the interactional common minimum denominator by analysing its centrality in different realms of every-day life.

The current advances in society, and technology are now showing unprecedented changes determined by new ways of interactions among people reflecting the core essence of the present age, at the crossroad between the analogical world, and the continuously developing technological environment. Among the numerous factors having led to the current socio-cultural frame of the so-called Fourth Revolution[1], the Moore’s Law (1965), and the several theorisations upon Global Governance can provide useful elements for ascertaining our epoch core traits.

Concisely speaking, the former, consisting for the number of transistors in a dense integrated circuit of doubling about every two years[2], allows us to understand the reason behind the apparently unstoppable progress in technological solutions, we can daily perceive form both our personal devices, and web services. What it is important to note for the scopes of this study, does also regard its complete affinity with scale economies, resulting into the progressive quasi unexpensive access to their solutions, depending on their (massive) diffusion. Considering the current state of the affairs, and the following graph rendering the Moore’s Law progression, there is no doubt that some scholars[3] and practitioners have assimilated its nature more close to a self-fulfilling prophecy, rather than a usual scientific law or forecasting. 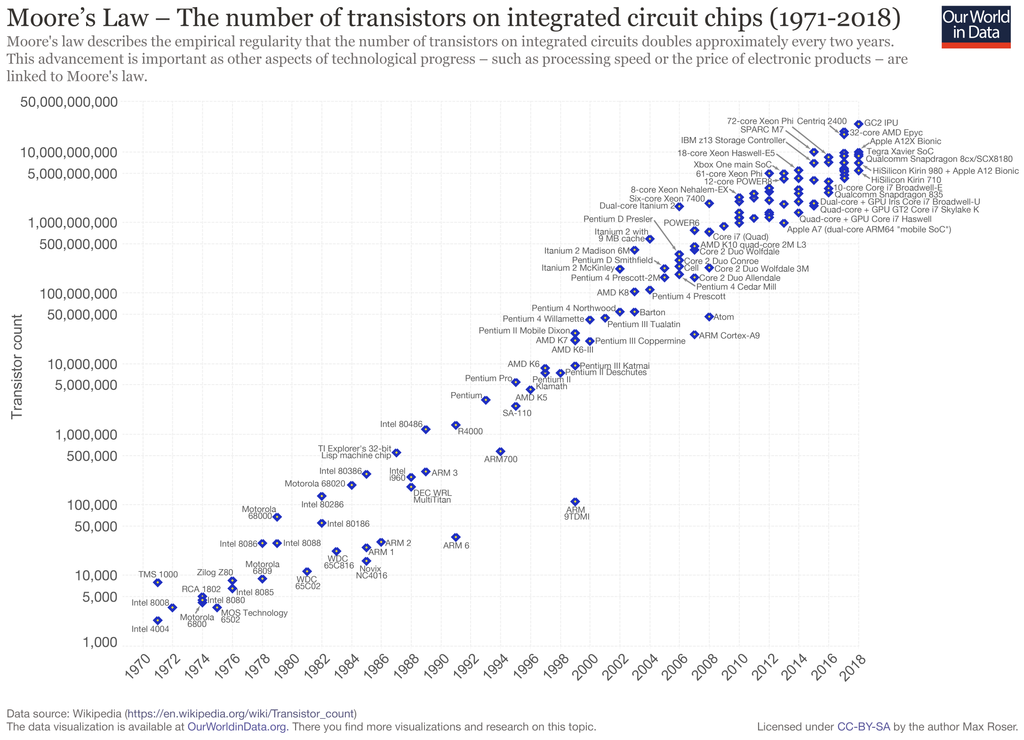 In parallel, when moving to the other characterising component, the socio-institutional paradigm has evolved from the sole state’s regulatory presence to multi-layered sets of interactions involving every social actor in any possible array with others, with the immediate result of de facto reversing the traditional, plain and top-down mode of interaction.

An important 2002 European Directive[4] has formally acknowledged this mutation, underlining that « Academics argue that 1992 marked the end of the traditional concept of democracy, with a change from national government to negotiated agreement-based governance. The last decade has witnessed a change from a constitutional system in which national parliaments were dominant to a collaborative and associative system of international regulatory governance»[5], which can be graphically depicted as follows: 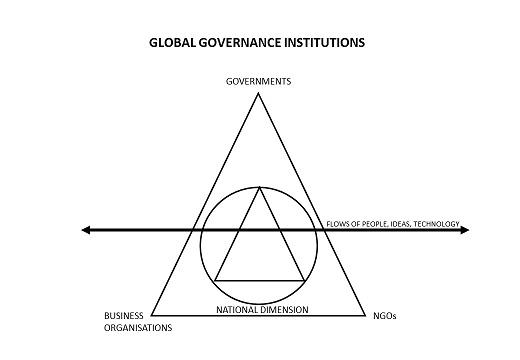 It is interesting to note the reasons why the combination of these two factors is producing the below impressive amount of interactions, whereof the contract, both for its binding force among parties, and the connotations our social media interactions assume, can be put at the top of the legal sources.

More specifically, it is essential to underline that the contract has a force of law among its stipulating parties[6], and, moreover, our interactions on platforms (e.g. a post on Facebook) can be reconduct to the contractual pattern, once we assume our data transfer (i.e. an informational input) as an exchange with the (free) platform infrastructure. 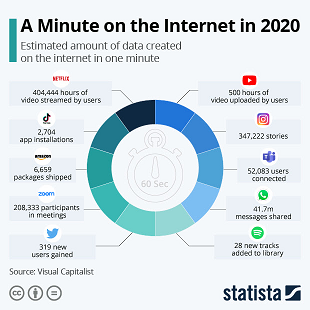 On the light of these prospectively increasing figures, it is possible to understand why a (Techno) Global Governance may have also articulated into the prosumer model depicted by the chart below, also outlining the progressive blurring among different interactional sources, in this way confirming the underlying importance for the contract, as a new subsuming mode of interaction. 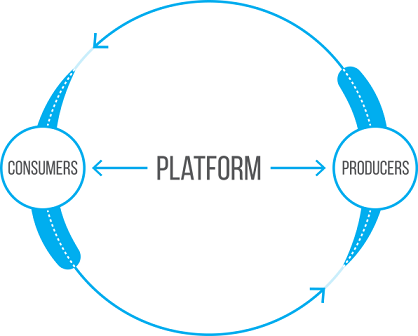 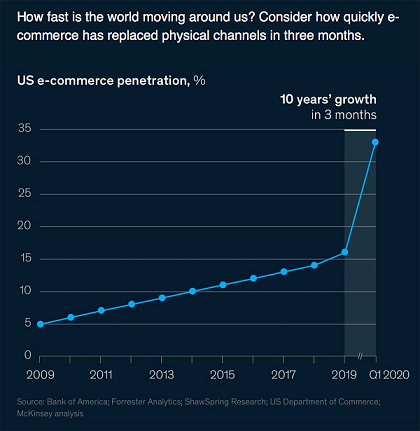 These data, and the above outlined assumptions can be also confirmed when taking into account the phenomenon of the Mobile Commerce (MC hereinafter), referring to any « transaction of monetary value taking place over a wireless mobile telecommunications network» [7], thus representing a subset of e-commerce[8].

For the purposes of this work, another element worth of mention for considering the contract as the factual core source of the law for the present age can be perceived by another MC’s definition as the «natural extension of e-commerce that allows users to interact with other users or businesses in a

wireless mode, anytime/anywhere»[9]. To continue, when keeping in mind the above prosumer schematisation, another practical matter for considering the contract as the hegemonic regulatory form can be perceived in the issues arising out of new forms of interactivity.

When shifting our focus form Law to Marketing[10], it is possible to easily grasp that the developing customer-to-customer interaction, and/or customer to company interactions may require more advanced legal forms of reference when taking into account new and likely developments (e.g. contracts stipulated in the Virtual Reality), potentially transcending the tripartition regarding the following sets of interactions involving those among sole humans; humans, and machines, and machines only.

With regards to future scenarios, and developments, the US Supreme Court in the recent landmark ruling Bolger v. Amazon[11] redefining the product liability’s parameters has upheld that an e-commerce platform could be accountable for the entrusting generated in the costumer’s mind in the purchase decision making process, after the plaintiff claims for a compensation for her PC’s exploded battery.

More precisely the thrust of the Supreme Court argument may be perceived in the decision’s Section II where «just like a conventional retailer, Amazon can use its power as a gatekeeper between an upstream supplier and the consumer to exert pressure on those upstream suppliers (here, thirdparty sellers) to enhance safety»[12].

To sum up, it is interesting to note that this, and other pieces of argumentation[13], beyond reinforcing the absolute need for the above-mentioned sets of interactions, does also establish a new prerogative of any given MC player, factually projecting in the online dimension the same prerogatives of brick-and-mortar stores[14], whereby the contract turns out to be both the formal, and factual mean of interaction (i.e. interface). And on the light of these developments, considering the brokerage features within MC (i.e. ubiquity, and immediacy[15]), it could be interesting to extend the new considerations on subsidiarity[16], into the realm of a contractual subsidiarity.

[13] Ibidem, «Amazon, again like conventional retailers, ‘may play a substantial part in insuring that the product is safe or may be in a position to exert pressure on the manufacturer to that end; the retailer’s strict liability thus serves as an added incentive to safety» (p.27); «[Amazon] has the capacity to adjust the cost of compensating injured plaintiffs between itself and the third-party sellers in the course of their ongoing relationship».

[16] A. Tamò-Larrieux (Ed.), Designing for Privacy and its Legal Framework, Law, Governance and Technology, Series 40, Springer, 2018.