This study will examine the communicative features whereof Covid legal messages, in order to underline their impact in the legal sphere, and aiming at reconsidering the range, and the potential within law, and language(s).

There is no doubt that the Covid global pandemic has produced numerous changes, or, from another angle, has sensitively increased the pace of some social practices, taking almost exclusively place in the digital dimension[1], and this acceleration had also impacted the structure, and the formalism of legal messages concerning the adoption of personal protective equipment (hereinafter, PPE) (i.e. face masks). When walking in a park, or travelling at an airport, or in railway station, these new generation legal messages are a now a common sight, and their layout, fundamentally consisting in a graphical, and multimedia rendering of norms that may prelude, and anticipate a possible evolution in our mental conception of the nature of the law, with the further consequences in terms of validity, and other related features.

At first, it should be noted that these messages, as well as other service indications can convey a given message by integrating pieces of information in written and/or graphic form, and the combination of the two media does provide fruitful elements for assessing the relationship between different media, cultures, and finally a given norm’s validity[2].

In an interesting article, Anders Pettersson[3] takes into account the cultural reasons behind the choice of Rome Fiumicino airport (s. picture below) authorities regarding the abundance in text of anti-Covid messages, when compared to those in other international spaces, closer to the Anglo-American frame of mind, limited to simple instruction (s. picture below).

For the purposes of this paper, among the numerous factors mentioned, it should be noted the divergence between the so-called reader-responsible languages[4] (e.g. Italian), and writer-responsible ones[5] (e.g. English), where message’s responsibility, with the subsequent compliant action lies in the sender, or in the addressee. Although these matters might seem cavillous, and trivial, they on the contrary reveal how cultural differences are decisive for determining the success, and social validity[6] of these norms having as object the protection of fundamental legal assets (i.e. global public health, and safety).

Secondly, before continuing the analysis, and implication of this new legal communicative mode, it is essential to remember that this kind of legal acts ought to traced-back to the crisis management, and to the urgency procedures. As a consequence, it is possible to agree upon the supervened suspension of interests’ differentiation [7]among social groups, and individuals, because the interest for global health subsumes, thus reducing particular interests, into a general, and shared goal.

In the same direction, it is also possible to note that the sanctioning component, connotating legal message, tends to be conceptually absorbed by the Covid dangerousness, thus perhaps representing an intrinsic peril, far more exceeding the reach of any possible sanction. To put it other words, it is important to underline how in this context could operate the very relevant Weberian notion of Herrschaft[8], consisting in the obedience achievement form the norm’s addressee, being per se sufficient for attaining an adequate degree of compliance, virtually, and also factually lacking a substantial external coercion[9], due to intrinsic Covid pericolosity.

In this case, the most decisive element for a wide public’s compliance could be individuated in clarity, also connotating the crisis communication, and management[10]. With regards to Covid legal messages (i.e. placards), the Austin’s theorisation on performative utterances can provide useful tools for reinforcing these norms’ clarity, and indirectly compliance. More precisely, «when we use these performative utterances, we may of course be doing so under duress, or in some other circumstances which make us not entirely responsible for doing what we are doing[11]», and for overcoming this potential impasse the author suggests the use of the indicative, «ordinary verbs in the first person singular present indicative active[12]». The purpose of such an arrangement regards the effective agent’s (i.e. norm’s addressee) empowering, while performing the legally required action, overcoming the institutional barrier. It goes without saying that the generally too much extended use of the bureaucratic language in Italian Covid legal messages can create ambiguity; nevertheless, this disproportion might also contribute to a major contextual understanding from the readers, generating their informed consent, tending to a quasi-spontaneous conduct. Specularly, the other kind of messages is more direct, and it may be majorly perceived as orders, rather than requesting, although implicitly, people’s collaboration.

The discussion about which technique would appear better, or, in order to avoid value judgements, more proper, would be sterile due to the importance of public health, and cultural modes of interaction for its restoring, and maintenance. Then, an oculate synthesis of the two diverging modes could represent a possible way for improving the conveyance of legal messages for preventing Covid diffusion, and a conceptual pairing with pure graphic (legal) messages would potentially constitute an optimum. Let us consider the pictorial indication of emergency exit, containing a sign, the smallest unit of meaning[13] that immediately, and, in a glance, conveys the ideas of motion, direction, and urgence. This outlook could be ideally transferred in the verbal component of Covid legal messages for enhancing their effectiveness, resulting in an overall simplicity, with the self-evident results in terms of clarity as discussed above. As a consequence, the fulfilling of a narrative informativeness can take place, concretely blurring the modalities, and related limits between language put into writing or speech[14].

Taking into account Austin’s assumption, the very simple statements expressed in the indicative could be considered as minimal postulates verbally corresponding to graphic minimal signs, and there is no doubt that their combination can satisfy the required aim for clarity, balancing these alternative communicative strategies. To complete this outline a possible legal message taking into consideration the prerogatives examined could contain a sign corresponding to a PPE, and the verbal sentence «I do», to adhere to Austin prescription, especially if we considered that this approach can transcend every cultural context, on the ground that they are displayed in the above-mentioned internationally shared spaces (s. graph below). Arguing again with Austin, it also directly emerges the perlocutionary effect, creating «certain consequential effects upon the feelings, thoughts, or actions of the audience, or of the speaker, or of other persons: and it may be done with the design, intention, or purpose of producing them»[15]. From a legal point of view, these communicative relations find some correspondences with the notion of cause, as the objective reason behind an institution, and the infinite arrays of motives behind human facts, also showing legal relevance. More specifically, the minimal proposition «I do», and its result as a performative utterance can be compared to the cause, whereas its effect on the listener (i.e. perlocutionary effect) tends toward the general, and indetermined realm of (subjective) motives[16]. To conclude, the proper integration of these methods can concur to develop the law’s flexibility by reducing its need for being interpretated, enhancing clarity in the current context of crisis, with a subsequent ambivalence reduction[17]. 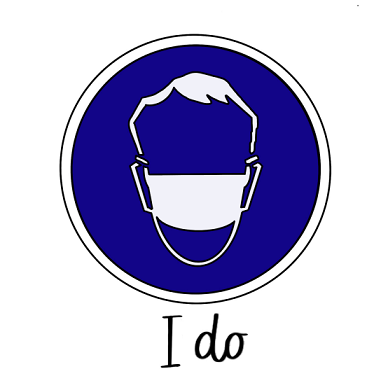 More generally, this phenomenon sheds prospective interesting insights on the evolution of legal messages characterised by the potential mitigation of traditional formalism[18], and their subsequent attitude of proactively indicating a given desired conduct rather than exposing a contrario the sanction in case of breach. In brief, the new state of the affairs does reflect the prerogatives within Legal Design[19] strategies, and, on a factual basis, this pandemic crisis, as well as for e-commerce, may act as an enhancer towards these developments. Moreover, another reason might be individuated by setting a comparison with the genesis of income tax in England, where the Government had been by necessity forced to introduce this taxation in order to have a new, and fresh pool of resources from which to draw for properly confronting the Napoleonian forces[20]. Similarly, the context of reference had been a crisis, and, contrarily to the officers’ predictions, it was not possible to remove the fee after that crisis because the public bodies got used to a given constant ingoing flow of resources[21].  Considering the current developments in social media, the practice of visual legal messages may have a solid basis where to lie upon, because video contents are predicted to be 70% of mobile traffic in 2021[22]. Beyond the crisis management discourse, the multimedia representation of facts (in the form of a screenshot) has been acknowledged as a document[23] for probatory purposes by the Italian Court of Cassation in a recent decision[24], thus representing an indicative factor towards this new possible configuration of the law, and its conception on the whole.

[1] S. McKinsey’s study on e-commerce, showing a ten years growth in the first quarter of 2020, https://www.mckinsey.com/business-functions/strategy-and-corporate-finance/our-insights/five-fifty-the-quickening

[2] In order to avoid misunderstandings, in this context I mean the notion of validity (i.e. in Italian, efficacia) elaborated by Bobbio, corresponding to a norm observance by its addresses. For more details s. N. Bobbio, Teoria della norma giuridica, Giappichelli, 1958, 25.

[3] A. Pettersson, Why Italians Use Dozens of Words for Simple Instructions And other examples of why more is more in Italy, Medium, 29th November 2020, available at: https://humanparts.medium.com/why-italians-use-dozens-of-words-for-simple-instructions-b3e499f2f0df

[17] For an outline on written law’s flexibility, and related ambivalence, s. V. Boehme-Neßler, Pictorial Law. Modern Law and the Power of Pictures, Springer, 2011, 44.

[18] Under the School of Prague theorisations, it is possible to perceive this substantial detachment at a formal level because there is no more a single code (usually writing). For more details s. R. Jakobson, Style in Language, MIT, and John Wiley & Sons, 1960.

[20] «Income Tax was the first tax in British history to be levied directly on people's earnings. It was introduced in 1799 by the then Prime Minister William Pitt the Younger, as a temporary measure to cover the cost of the Napoleonic Wars». For more details s. https://www.politics.co.uk/reference/income-tax/

[21] Ibidem, «Income Tax was formally repealed in 1816, a year after the Battle of Waterloo, but it was reintroduced in 1842 by Sir Robert Peel to deal with a massive public deficit. At this time, it was levied only on the very rich, and it remained so for many years. In 1874, it contributed only £6 million of Government revenues of £77 million».

[23] According to Italian Criminal Procedure Code art. 234, co. 1, whose residual clause admits the introduction of means of proof of a different nature.