To evaluate the prognostic value of thyroid ultrasound, in predicting hypothyroidism development or aggravation during pregnancy, in thyroid ill females.

From the total of 134 cases, hypothyroidism appeared in 40/48 females with asymptomatic disease in preconception, respectively did aggravate in 78/86 cases. In the control group, hyperemesis gravidarium was observed in 15/134 cases, with no real thyroid impairment. The level of fibrosis, detected by elastography, did correlated with the thyroid impairment.

Real time elastography might be used in predicting the cases more sensitive in developing thyroid function alteration, during pregnancy, in the group of thyroid ill patients.

Thyroid pathology in pregnancy is still a hot topic, regardless recent guidelines [1]. Universal thyroidal screening for pregnant women is no recommended [1, 2], although a lot of data are suggesting the high incidence of autoimmune thyroid disease in the young female population [3, 4], even in naïve pregnant women [5-7]. Even if, in pregnant women, iodine supplementation became almost universal, the main pathology in our region is not represented by iodine deficiency by autoimmune thyroid disorders [8], since we are living in an iodine deficient area [9]. Prediction of which cases of these cases will develop hypothyroidism during pregnancy is still an open question.

Elastography, a thyroid ultrasound application, is used in evaluation the stiffness of the thyroid tisuue, usualy in thyroid nodular diseases [10] but also in evaluation of the presence of autoimmune thyroid disease, identifying fibrosis, associated with autoimmune disease [11-13].

The current study is a prospective analysis of pregnant women with autoimmune thyroid disease, with early diagnostic of hypothyroidism, in all cases in which TSH increases over the threshold value of 2.5 mUI/ [1], treatment, if needed was offered. Control group, with aged matched healthy, nonthyroid ill cases, was also recruited.

The ultrasound evaluation was performed in the first trimester of pregnancy, mean weak of pregnancy of 4-6 weeks, by conventional and qualitative strain elastography, in both study and control group, with a Hitachi Preirus machine (Hitachi Inc, Japan), with a linear 50 mm wide probe, EUP-L74M. Measuring the strain ration for each lobe, using isolated and mean strain ration value, performed the semiquantitative elastographic technique. The thyroid stiffness was compared with the stiffness of the isolateral sternocleidomastoid muscle.

Recruitment period started in June 2015, till January 2018, with a total number of 134 pregnant women, with known thyroid disease before conception, mean age 32.7±2.3 years, who came in in our Ultrasound Unit for a thyroid evaluation. Control group was actively screened, according to the age of the patients in the thyroid ill arm.

We defined euthyroidism, in preconception, TSH values lower than 4 mUI/L. We defined hypothyroidism or aggravation of hypothyroidism, all situations in which TSH increases higher values than 2.5 mUI/L, regardless the presence of supplemental treatment or not. Whenever TSH values increase higher than the recommended threshold value [1], extra supplemental treatment was offered. We defined the thyroid impairment as the value of TSH increase (in mUI/L).

The strain ration values obtained in the study group, compared with the controls are listed in Table 1.

The difference of stiffness between all cases with autoimmune thyroid disease and normal controls is significant. The difference between the stiffness in cases with autoimmune thyroid disease, which developed thyroid imbalance, and the stable cases, is also significant. We evaluated the correlation between the mean strain ration value and the TSH impairment, identifying a moderate direct relation, r=0,67, p<0.02.

Our study is one of the first studies that evaluates the association between the degree of fibrosis, observed in some of the cases with autoimmune thyroid disease, and the development/aggravation of hypothyroidism. Data regarding the predictive value of elastography in the presence of fibrosis are scares, but predictive value of fibrosis is described. These are preliminary data; further evaluation is needed. We can say that more severe fibrosis and anelasticity is associated with more severe hypothyroidism, but in order to structure a prediction model further analysis are needed.

Most women who develop hypothyroidism during pregnancy have mild disease and may experience only mild symptoms or sometimes no symptoms. However, having a mild, undiagnosed condition before becoming pregnant may worsen a woman’s condition. [14, 15]

A range of signs and symptoms may be experienced, but it is important to be aware that these can be easily written off as normal features of pregnancy. Untreated hypothyroidism, even a mild version, may contribute to pregnancy complications. Treatment with sufficient amounts of thyroid hormone replacement significantly reduces the risk for developing pregnancy complications associated with hypothyroidism, such as premature birth, preeclampsia, miscarriage, postpartum hemorrhage, anemia and abruptio placentae. [16-19]

In cases with autoimmune thyroid disease, in pregnant women, the presence of fibrosis associates higher probability of thyroid function impairment during the evolution of the pregnancy. 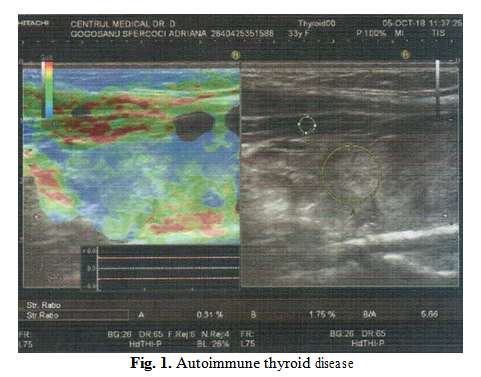 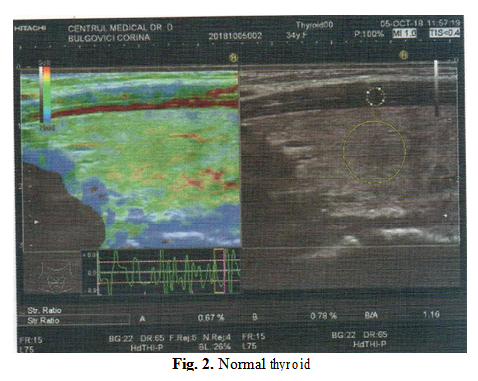