This paper addresses the situation of the attack on criminal assets in four states in the northern region of Mexico, based on a regional analysis of the Mexican public policy meant to combat financial structures of criminals: extinction of domain. We evaluates the legal tools that must be implemented by the states to change the way crime has been fought in the region. The challenges faced by the studied states could be identified and discussed with the new regulatory framework issued by the federation. We advise on the promotion of a policy to reinforce the government institutions in charge of attacking the criminal assets in a way that the fight against these economic structures is effective at all levels of government.

5. The Financial Intelligence Unit and the fight against criminal financial structures

6. Operations with resources of illicit origin and extinction of domain as a legal tool to attack criminal assets

7. The analyzed States and their efforts to implement and enact the national law on extinction of domain

8. New State institutions from the enactment of the LNED

9. The new features of the extinction of domain trial

10. The property and economic Intelligence Units in the Region

Mexico is a federal country in which decentralization of power system is theoretically similar to that of the United States of America, as it had its influence therefrom in the 19th century (Hamilton, Madison and Jay 1994). However, the Mexican model has formal and material peculiarities of its own. Firstly, the system of regulatory sources is different: the United States follows the principle of the federal law supremacy, while Mexico follows the principle of jurisdiction. Moreover, Mexican federalism has been marked by a strong centralization of power in the federal executive with weak and sporadic controls by the other powers and by the states of the union (Carpizo 2001).

In regard to the source system of Mexican federalism, it is important to mention it produces amendments to the Constitution with the involvement of the Chamber of Deputies and Senators, with a qualified majority of those present (two-thirds -the same as in the United States-), and one simple majority of the legislatures of the states of the union. Opposed to the system that operates in the United States, where a qualified majority of the legislatures of states (three-quarters) is required.

In respect of the federal legislative bodies, these create laws that rule the jurisdictions assigned to the federation in the Mexican Constitution. In addition, they produce general laws that leave a framework of adaptation to each of the state legislatures according to the same law, as is the case of the framework laws in German federalism (Arroyo Gil 2006, Maurer 2012)  or the base laws in the Spanish case (Vergottini and Herrera 2004). Finally, there are the national laws issued by the federal legislative bodies that apply directly to the States of the Union, the latter being mere executors of the same (Cárdenas Gracia 2004).

As to the National Law on Extinction of Domain (LNED), this responds to the classification of a national law, which main function is to create a homogeneous process for all the states of the country and the federation. However, each case must be resolved by a federal or local judge, depending on the type of jurisdiction of the felony committed and the resource obtained from the crime. It is in the LNED where the figure of extinction of domain is regulated. LNED is a tool focused on the attack on criminal assets and is used when committing the crime of Operations with Resources of Illicit Origin (ORPI) or any other of those outlined in article 22 of the Constitution. The ORPI, in the international context, can be understood as money laundering in the United States, Spain, and most of Europe (Blanco Cordero 2015).

The extinction of domain instrument used in Mexico is similar to the figures known in comparative law as “asset forfeiture” (Bell 1999, Kelly and Kole 2016), “extinction of ownership”, practiced in countries such as Spain, and “confiscation of civil property”, used in Ireland, the United States, and South Africa, among others (Torres, Montero & García, 2020). Basically, the legal nature of this institution is to remove the real property rights (rights in rem) to a person who obtained them illegally, without any consideration from the State. Once the federal or state judges declare the extinction of domain over the rights of a property, the judgment may be challenged through the amparo proceeding (juicio de amparo) to suspend or modify the judgment. This Mexican constitutional procedure is admissible when the defense resources have been exhausted and there have been breaches to constitutional precepts such as serious transgressions to the judicial proceeding or a human rights violation.

Amparo trials are resolved by federal judges and, in conceptual terms, they can be compared to the legal figure habeas corpus that exists in the United States. Amparo proceedings are not only admissible in criminal cases, they are also used in different fields of the law. For instance, the legal figure of extinction of domain in civil law, while habeas corpus is mainly applicable in criminal law, specifically regarding the right to freedom and free transit (Fix Zamudio 2004). Moreover, the amparo proceeding will directly influence the extinction of domain resolutions, becoming an important variable when applying this legal tool. Currently, countries such as Argentina and Colombia have used the resources obtained through the extinction of domain to face the health emergency arising from the worldwide outbreak of COVID-19 (BBC News 2020) among other problems. In the Mexican case, the resources collected through this figure have been utilized by the federal government to further social programs, support high-performance athletes, and repair rural roads (Navarro 2020).

The foregoing shows the impact the use of this type of tools can have for the strengthening of countries, and the use of public policies aimed at weakening the criminal economic, asset, and financial structures. Lastly, in Mexico, the financial system is of federal jurisdiction, while the economic and asset issues may be of state jurisdiction (Jimenez Solares, Lopez Medrano and Padilla Sanabria 2017). In the past 15 years, Mexico has focused its public policy on dismembering the physical structures of criminal gangs, without managing to weaken its economic, asset and financial structures (Dulin and Patiño 2020).

The ETHOS Report: Deciphering Public Spending on Security in 2017 [Descifrando el gasto público en seguridad] reveals that Mexico shows the absence of specialized institutions responsible for coordinating public policies such as those presented in the LNED. This situation is related to the maintenance and increase of violence (ETHOS 2017).

In this sense, this research seeks to identify the challenges and risks present in the LNED implementation process in the states of Chihuahua, Coahuila de Zaragoza, Nuevo León, and Tamaulipas. This paper focuses on four of the states on the northern border of Mexico that adjoins the state of Texas. The reasoning behind the selection of the sample lies on the strong activity between these states, based on historical, social, economic, and cultural factors that make this area a strategic zone (Dorantes, Flores and Juárez 2013). Besides, before its separation from Mexico in 1836, Texas was part of the state of Coahuila de Zaragoza, whose capital was Saltillo.

The research initially portrays the background of the region under study: its particular characteristics and importance in the national and international economic context. Subsequently, it presents the problems the area faces concerning the ORPI and the weakening of the economic, asset, and financial structures of criminals. Following, it describes the methodology we used for the development of the investigation, and the findings made on topics such as the role of the Financial Intelligence Unit (FIU) in combating the financial structures of criminals, the extinction of domain as a legal tool for the weakening of said structures, the analysis of the National Law on Extinction of Domain (LNED) to deal with the problem, and the efforts of the states of the region under study to apply the law. Next, we describe the characteristics of the institutions proposed by the LNED to control this issue, the new procedural figures, as well as the functions of the State Economic Intelligence Units (UIPEs) and a proposal for the municipalities. To conclude, we discuss about the challenges of implementing the law and combating criminal economic, asset, and financial structures in the region and proposals to change the current public policy of the states under study.

The region comprised of the states of Chihuahua, Coahuila de Zaragoza, Nuevo León, and Tamaulipas has strong historical, social, cultural, and economic ties to Texas. During the viceroyalty and, after, the independent Mexico, this territory was very far from the country's capital (Torres Estrada and Núñez Torres 2010). This situation generated different forms of interaction between the people of the area and led to the subsequent independence of Texas from the state of Coahuila, which, by 1857, was integrated into the state of Nuevo León; president Juarez separated them years later, remaing with the same distribution to this day (Benavides Hinojosa and Torres Estrada 2007). Since the 19th century, and at different historical moments, the region has been characterized by the exchange, legal and illegal, of different types of goods such as food, livestock, weapons, among others (Bernecker 1994). Mexican republicans acknowledged the importance of the area, in terms of supply of arms, since the Civil War in the US, where cotton was shipped from the south of the latter country to Europe through Mexican ports, during the War of Reform and the French Intervention (Sierra 2006).

During the 20th century, the smuggling of weapons for the Chihuahua revolutionaries was another episode of this relationship. Migration and the exchange of goods occurred intensively in the region, mainly after WWII. However, with the implementation of the import substitution model in Mexico, the region became an important bridge for the smuggling of commodities. When the North American Free Trade Agreement (NAFTA) between Canada, the United States, and Mexico came into effect in 1994, the phenomenon of smuggling mutated in form: elements such as drug, weapons, money smuggling, and human trafficking were added (Bailey and Godson 2000, UNODC 2014, Buscaglia 2015). From 2009 through 2019, the states of the zone suffered a division of criminal leaderships that led to the fight for various regions between the cartels of Juárez, Sinaloa, Zetas, and the Gulf Cartel; at one point, the latter two were one, causing an increase in violence in the area (Rosen and Zepeda Martínez 2015) (See Figure 1).

Due to these activities and actors, the state and federal governments focused their efforts on the disarticulation and weakening of the physical structures of said criminal gangs (Montero 2012, Dulin and Patiño 2020), without specifically and systematically attacking their economic, asset and financial structures, allowing them to continue operating under different leaderships. In addition, the states of the region under study have not maintained a public policy focused on attacking criminal assets, a situation identified by the absence of strategies aimed at this issue in their government plans (Torres, Montero & García, 2020). The area of interest is characterized by intense economic competitiveness arising not only because of the border it shares with the state of Texas, but also from the commercial exchange it has with the United

States, based on the volume and value of its commercial transactions and the number of border crossings (Rubio 2019, Nava Aguirre and Córdova Bojórquez 2018, Saldívar 2018). 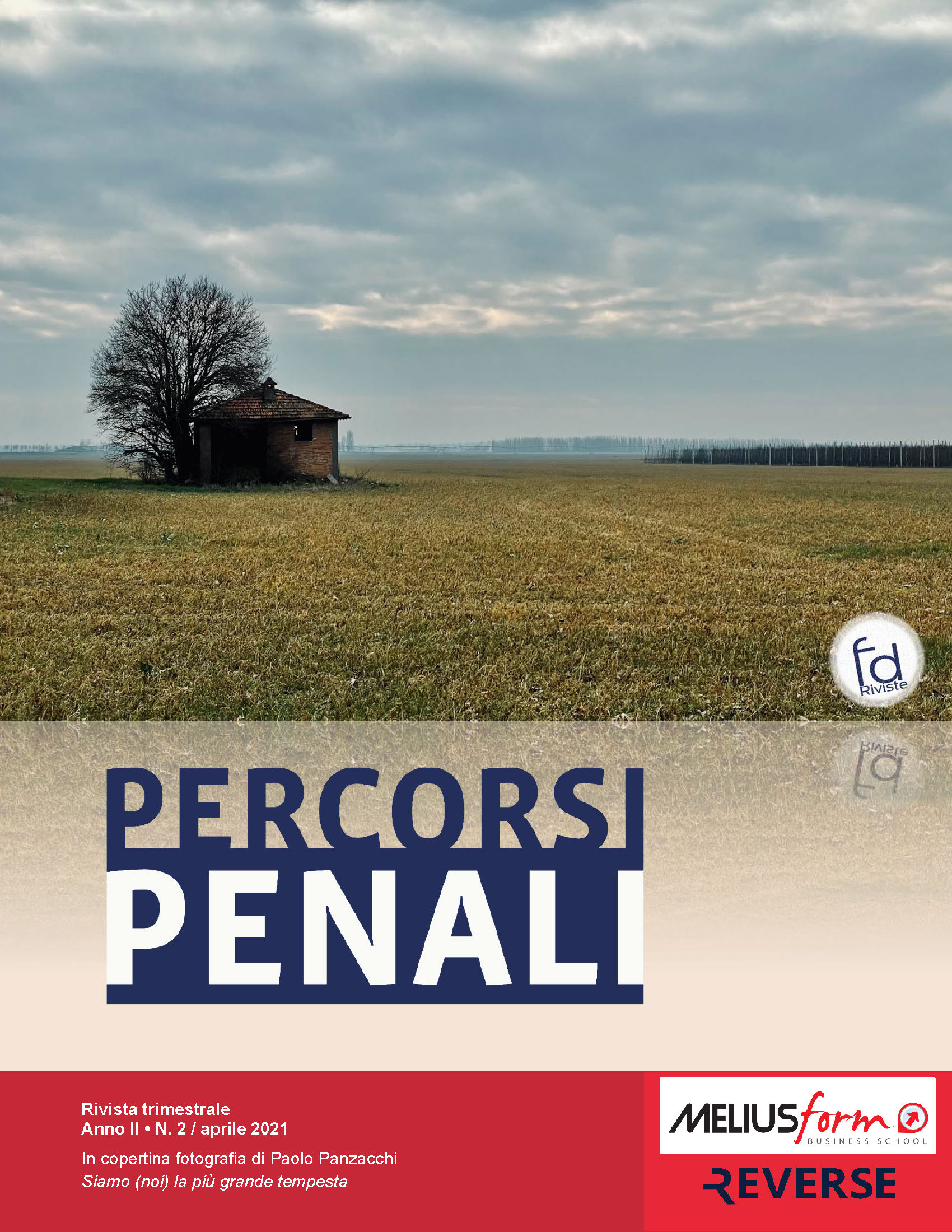